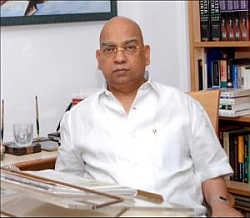 V.P. Gupta: "Do not have any apprehensions about CSAT."

V.P. GUPTA of Rau’s IAS Study Circle has been a friend, philosopher and guide to many successful civil servants. He has a philosophy behind his work: to enjoy the journey of life. And his focus is on learning and education and bringing about a different approach to the business. Excerpts from an interview:
What are the proposed changes in the civil services examination?

There was a lot of speculation about the pattern of changes in the civil services examination for long, but no one knew when and what kind of changes would be there. This speculation was ended by the UPSC Chairman D.P. Agrawal himself while participating in the UPSC Foundation Lecture Series on “Governance and Public Services”.

He said that the UPSC was convinced of the need for important changes in the method of recruitment to the higher civil services. The commission has recommended to the government that a Civil Services Aptitude Test (CSAT) replace the existing Civil Services (Preliminary) Examination.

Confirming this change in the first stage of the civil services examination, Prithvi Raj Chauhan, Minister of State for Personnel, told the Lok Sabha on March 10, that Prime Minister Manmohan Singh had approved the proposal for the introduction of CSAT in the place of the Civil Services (Preliminary) Examination. He said that CSAT was expected to come into effect from 2011.

As per the new pattern, at the Preliminary examination stage, there will be two objective-type question papers common for all the candidates. Both these papers will have equal weightage. The emphasis will be on testing the aptitude of the candidate for the demanding life in the civil service and on the ethical and moral dimensions of decision-making.

The upcoming scheme will have the advantages of (a) testing a candidate’s decision-making skills and aptitude for the civil services, and (b) providing a level playing field for all the aspirants since all the candidates will have to attempt two common objective-type papers.

How has the UPSC gone about deciding the content and syllabus in the changed pattern?

To decide the exact content and syllabus of CSAT, the UPSC Chairman has constituted a high-power committee under Prof. S.K. Khanna, former Vice-Chairman, University Grants Commission. The committee is expected to submit its report by the end of April, after which the UPSC will formally announce the contents of the syllabi of the two objective-type papers of the CSAT stage.

Has the UPSC taken note of the various commissions that were formed to oversee the civil services examination?

For the first time, CSAT was advocated by Dr Y.K. Alagh in his Civil Services Review Committee Report, 2001. He recommended major changes in the structure of the examination system. He favoured the idea of testing the candidates in a common subject rather than on optional subjects.

What were the recommendations of the Alagh Committee?

According to the report, the structure of CSAT should contain the following:

(i) Basic awareness (nation and the world):
The general awareness of current affairs that has a bearing on public life in India;

(ii) Problem solving and analytical skills:
Logical reasoning and decision-making skills (situations from civil service arena to be taken to test reasoning and understanding of problems related to the same).

This syllabus of CSAT was a proposal to the UPSC. The final shape of the syllabus will be decided after the Prof. S.K. Khanna Committee report. 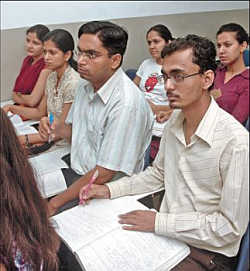 Why do you think these changes have been made?

Most of the committees/commissions constituted by the government/UPSC have advocated laying greater emphasis on the aptitude of the candidates rather than on their knowledge of the subject, arguing that specialists or experts in any particular subject may not necessarily make good civil servants.

The Second Administrative Reforms Commission has also argued that the recruitment process, apart from being transparent, objective, fair and equitable, should ensure that the right type of persons join the civil services.

What kind of impact will it have on civil services aspirants?

Since the announcement of the change, there has been a lot of discussion, and also fear and anxiety amongst the civil services aspirants regarding the nature of CSAT.

Ever since the announcement about CSAT, I have frequently been asked questions as to what its pattern would be – whether it would be on the lines of CAT [Common Admission Test] or MAT [Management Aptitude Test] or would there be a new format altogether?

My advice to civil services aspirants is: Do not have any apprehensions about CSAT. The basic difference between CAT/MAT and CSAT is that the former is a test for admission to an educational course that is preparatory to a future job. The latter is a recruitment test, where placement is guaranteed in a secure and stable government job, and that too an elite one.

I feel these changes will impart to the present scheme of civil services examination a fresh and new look, which was already overdue.

At the same time, the recommendations of this committee would do away with some other anomalies that were in the existing system as well. Whether or not this facelift of the pattern of the civil services examination gives a new direction and purpose to our bureaucracy, it will definitely make the whole system of selection more objective, humane and transparent.