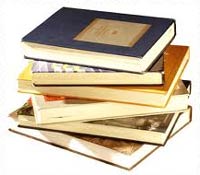 1(a) Mechanics of Particles:

1(b) Mechanics of Rigid Bodies:

1(d) Special Relativity: Every year almost 40-60 marks questions are asked from this topic so this topic should be covered in an extensive manner, now focus more on the momentum 4-vector, Minkosky diagram

Reference books are: Relativity by Garg & Goyal, Relativity by Robert Resnick, Relativity by Satya Prakash, Chapter 12th of Electricity & Magnetism by D.J.Griffiths, one chapter in the book of Mechanics by Klepner & Kolenkov, also there are some very good examples available in I.E.Irodov (this book is famous for IIT-JEE exam)

In CSE 2008 mains exam of physics, a numerical was asked from the Relativity by Robert Resnick. This was a solved example from that book…so please do all the solved examples from this book….

There were some good questions asked in Indian Forest Service exam so do solve them, esp a question of Lorentz transformation in both the directions, and a good question was asked in IFS2009 exam….

2(a) Waves: There are some good examples given in H.J.Pine, do solve them…also there were some good questions asked in the Indian Forest Service Exam, solve them….

Ampere’s Law: do it from Griffiths, Schaum Series

LCR Circuit: solve all the cases of LR, LC, RC & LCR circuits with & without emf…also solve all the questions of previous years asked from this topic… prepare the concept of Acceptor & rejecter circuit in case of RC and LR circuits….these topics have been dealt in good detail in D.C.Tayal…