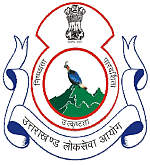 Last date for the receipt of OMR application Form : 30th June, 2010
The detailed advertisement is also available on the website of Uttarakhand Public Service Commission : www.gov.ua.nic.in/ukpsc

1- General Science- Questions on general science will cover general understanding and application of science, including matter of day to day observation and experiences as may be expected from an educated person who has not made a special study of any scientific discipline.

2- History of India- Questions on history of India will be based on broad understanding of ancient, medieval and modern India’s political, social, economic, and cultural aspects.

6- Current Events- Questions will be based on national and international important current events including sports and games.

7- General Awareness about Uttarakhand- Questions will be based on broad aspects of geography, history and heritage, civilization and culture including folk culture (comprising folk literature and dialects, art and crafts, fairs and festivals, costumes and ornaments, dances, songs and instruments, means of livelihood of and food habits), polity, role of Uttarakhand in freedom movement of India, movement for formation of Uttarakhand State, agriculture, environment, education, natural resources and current events, Eminent persons of Uttarakhand (past and present).

8- Knowledge of Computer- Questions will be based on basic knowledge of computer operations.

Note- This paper carries 20 questions. Each question carries 10 marks. All questions are compulsory. The word limit for each question is 100 words.

2- Sports and Games- Questions based on important sports, games and tournaments, awards and personalities of world, India and Uttarakhand will be asked.

3- History of India- History of India will cover a broad understanding of ancient, medieval and modern India’s political, socio-economic and cultural aspects; Indian freedom movement, growth of nationalism and attainment of independence.

4- Elementary Knowledge of Indian Constitution- Questions will be on Indian Constitution as may be expected from an educated person who has not made a special study of the constitution. RTI, right to education, intellectual property right and consumer protection rights. Different welfare programmes and acts passed for the weaker and minority sections of society and different National and State Commissions for their upliftment.

6- Geography of India and Demography- It will include questions on broad understanding of geographical, ecological, socio-economic and demographical aspects of India.

7- General Science and Environment- Questions on General science and environment will cover general understanding and application of science, including matters of day to day observation and experience, as may be expected from and educated person who has not made a special study of any particular scientific discipline, global environmental problems and solution, nutritional requirements for human growth, application of genetic engineering in human welfare; diseases of cattles, birds, plants and their prevention.

8- Indian Agriculture- Questions will cover the general awareness of candidate in respect of crops, white, yellow and green revolutions, agricultural production and its contribution to rural economy, SEZ, use of Nano and bio-technologies in the field of agriculture, problems of Indian farmers and land reforms.

9- Science and Technology- Questions will be based on candidate’s awareness of the development in the field of science and technology, information technology, space technology, electronic media, basic knowledge of computer and cyber crimes.

11- History and Culture of Uttarakhand – Questions will be based on the topics related to historical background of the State; important dynasties and their contribution, role of Uttarakhand in freedom movement of India and related personalities, major historical and tourist places, tribes; habitat and culture, including folk culture (comprising folk literature and dialects, art and crafts, fairs and festivals, costumes and ornaments, dances, songs and instruments, means of livelihood and food habits ), steps taken by Uttarakhand Government for the development of culture, different social reforms movements in the state.

14- Statistical analysis, graphs and diagrams- The questions will be based on candidate’s ability to draw conclusions from information presented in statistical, graphical and diagrammatical form and to interpret them.