(Article) JKPSC : The Most Indispensable Book For JKPSC - IAS Preparation

Article : The Most Indispensable Book for JKPSC - IAS Preparation 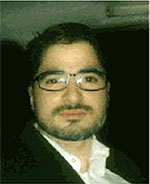 Off all the books that you have to read for you Civil services preparation, the most important and most indispensable is ………… ‘The Newspaper’. Nearly 50 % of your General studies paper along Essay can be
covered by taking a regular diet of Newspaper every day. However the most important question related to civil services preparation also comes here; what not to read? Since you can easily read a newspaper from 30 minutes to 3 hours, the question of How to read a newspaper acquires importance.

First of all, which newspaper should one read for civil services preparation? The answer is not too difficult to answer. ‘The Hindu’ newspaper should be your first choice followed by ‘Indian express’. ‘The Hindu’ should be read religiously for your KAS-IAS preparation. Local dailies do have not too much to offer in terms of relevant information for civil services preparation, same is the case with national dailies like Times of India or The Pioneer who either are full of ’Masala news’ or ‘Biased News’.

What are the important sections that need to be stressed upon in a newspaper?

OTHER SOURCES OF NEWS:

What should not be Read:

Sports page: Sports page should be skipped. There is no need to read news item related to this news. You can only scan over the pictures and try to remember the important cups like Thomas cup, Ryders cup or Players associated with various non cricket sports and nationality of famous sportsmen.

News from the states: The pages that relate to the news from various states should be avoided.

Business Page: If you are new to the whole process of civil services preparation, Skip the page related to economy initially because of its complex nature. Its only after you have a basic knowledge of Money matters, banking, Planning, you should read this page. However if anyone of you has a background in economics, you can consult this page.

Entertainment Page: News items related to entertainment or Film reviews should be skipped. They are of nil importance to your preparation. However information related to several Non Film Art, Theatre or Music Personalities like pt. Bhimsen Joshi, Bhupen hazarika, Habib Tanvir, Birju Maharaj etc. should be noted down since this info is asked in your Indian culture and Personality section in Mains and Current affairs section in Prelims.

How to take out Real information from the Myriad of information: Let us practice this on a real news item that was published in the Hindu on January 18 th: Navy to get overhauled Gorkshov by Year end: Russia will hand over the refurbished aircraft carrier, Admiral Gorshkov, to India before the end of 2012, a senior shipyard official said on Tuesday.“The delivery will take place on December 4, the Indian Navy Day,” Sevmash  Shipyard Deputy CEO Sergei Novosyolov told the RIA Novosti news agency. The 45,000-tonne Gorshkov was now undergoing mooring trials and would begin sea runs at May-end, RIA Novosti said. It entered service in 1987, but was inactivated in 1996 for lack of funds in post-Soviet Russia.

Under a 2004 contract, the overhauled aircraft carrier was to be delivered to India in 2008 but its refit was delayed as Russia demanded tripling of the original price of $974 million, complaining that the cost of renovation had been badly underestimated.The two sides eventually agreed on the new price of $2.33 billion as the Indian Navy admitted that the original deal had been signed merely on a “visual examination in as-is condition” of the ship and a detailed survey later showed that many systems thought to be repair-worthy had to be replaced.The price includes $85 million for a complete set of blueprints that will allow the Navy to carry out repairs at Indian shipyards. Indian officials said Admiral Gorshkov, rechristened INS Vikramaditya, would be a 90-per cent new ship and remain in service for 30 years. Designed to operate only vertical takeoff aircraft, the ship has been extensively remodelled. It has been fitted with a full runway and a ski jump, new engines, new diesel boilers, new generators, electrical machinery, communication systems and distillation plants. The aircraft carrier will be equipped with versatile MiG-29K Fulcrum fighters and Kamov anti-submarine helicopters.With the induction of INS Vikramaditya, India will become the fourth naval power after the U.S., Russia and Britain to operate an aircraft carrier with a displacement of more than 40,000 tons. In another good news, the first of three Talwar-class stealth frigates Russia is building for the Indian Navy is set to complete sea trials this week. INS Teg(Sabre) left the Yantar shipyard in Kaliningrad on Tuesday for the final leg of state acceptance trials in the Baltic Sea, said a spokesman for the shipyard. The Indian Navy is to take delivery of the Teg in April, after a delay of two years.

What is the information that you can get from this News items?

“Admiral Gorshkov is a Russian aircraft carrier, now brought by india for 2.33 billion dollars; rechristened as INS Vikramaditya; Indian navy Day is on Dec. 4; Russia is Building three Talwar class Stealth Frigates for India namely INS teg, INS Tarkash and INS Trikand. This is the relevant info that can be copied from this news item. The rest can be discarded. Embedded information that you can study about the same topic later is india Russian defence ties, and what are stealth frigates.”The rest info should be discarded.

(The Writer is a Researcher, Administrator and Teacher)

<< Go Back To JKPSC Main Page