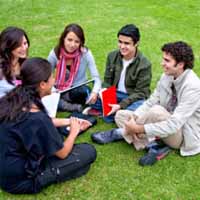 In a relief to thousands of civil service aspirants, candidates for the Union Public Service Commission main examination can now give their personality test interview in a language different from the one they choose for the written paper. English will no longer be the mandatory medium for the interview, even if the examination is written in that language.

In a nation where joining the civil services is still considered a big deal, more than 4.8 lakh students appeared for the preliminary UPSC examination this year. The results are expected around August after which the main examination is likely to be held at the year end, in which the candidates' list is expected to be whittled down to approximately 13,000. The list of vacancies would be a fraction at about 1,000 going by the 2010 figures where only the most deserving will get selected. But starting next year, the personality test interviews will be much easier and a relaxed affair. They can even give the test in their mother tongue, if it figures in one of the languages in the eighth schedule.

UPSC under secretary M Mukhopadhyay on Thursday informed the Bombay High Court of the far-reaching recommendations made by an expert committee and accepted by the commission. Accordingly, candidates who opt for an Indian language (other than Hindi) for the written part of the exam will be allowed to choose the same language or English or Hindi as the medium for the interview. Similarly, the UPSC affidavit submitted by its counsel, Rui Rodrigues, also said that from now on, "candidates opting to write the civil services (main) paper in English may be given the option to be interviewed either in English or Hindi or any other Indian language opted by them for the compulsory Indian language paper in the written part".

However, those candidates who are exempt from the compulsory Indian language paper will have to appear for the interview in English or Hindi only. The decision is a step in ruling out injustice and towards creating a level playing field for scores of candidates across India since English is not a native language and regional languages are the primary medium of instruction in scores of schools.