Size : Second smallest continent in the world in area, after America.

Europe and Asia as one common landmass, is known as ‘Eurasia’. 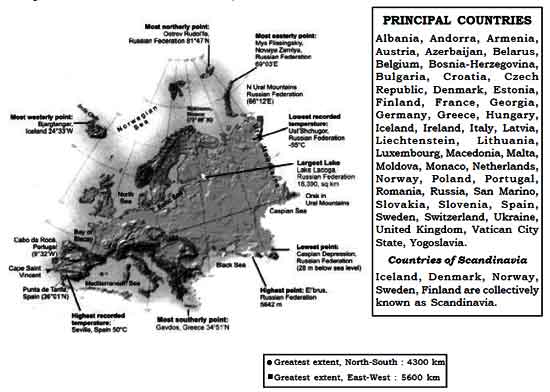