Chandragupta founded it in 322 B.C. with the help of his Brahmin Minister Chanakya.

The most important source in Artha Sastra which has 15 chapters called Adhikaranas. Other Sanskrit sources are Kaumudi Mahotsava of Vajika and Mudraraksha of Visakhadutta. Sangam poets
named Mamulnar and Pamar described about Bimba Mauryas attack on South India.

Administrative Divisions and Officers Associated with them

Provinces during the Mauryan Age

In this edict it has been mentioned that at the  10th year of his ruling Ashoka went Bodhgaya and worshiped pipal tree.

This is the Biggest edict in which war of kalinga has been mentioned. The description of Satlyaputra found here.

“My Kingdom is vast.” 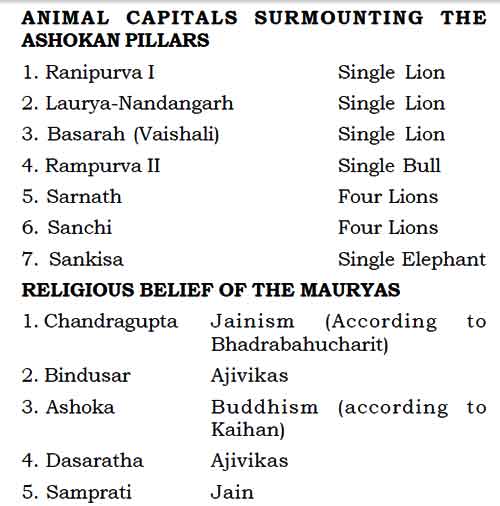