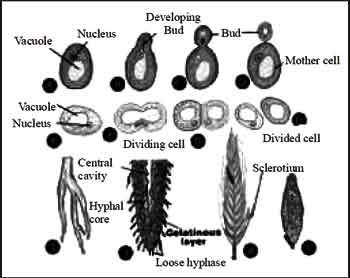 STDs can affect the sex partners, fetus, and newborn infants. STDs are grouped into three categories.

STDs that produce inflammation of the urethra, epididymis, cervix, or oviducts. Gonorrhea and chlamydia are the most common STDs in this category. Both diseases can be treated and cured with antibiotics, once diagnosed.

STDs that produce sores on the external genitals. Genital herpes is the most common disease in this class. Symptoms of herpes can be treated by antiviral drugs, but the infection cannot be cured. Syphilis is a bacterially caused infection, and can, if left untreated, cause serious symptoms and death. However, the disease is curable with antibiotics.

This class of STDs includes viral diseases that affect organ systems other than those of the reproductive system. AIDS and hepatitis B are in this category. Both can be spread by sexual contact or blood. Infectious individuals may appear symptom-free for years after infection.

New techniques have been developed to enhance or reduce the chances of conception. Social conventions and governing laws have developed far slower than this new technology, leading to controversy about moral, ethical, and legal grounds for the uses of such technologies. The separation of intercourse from pregnancy uses methods blocking one of the three stages of reproduction”

Various contraceptive methods have been developed; none of which is 100% successful at preventing pregnancy or the transmission of STDs. Abstinence is the only completely effective method.

Physical prevention (most effective) include vasectomy and tubal ligation.

(a) Vasectomy: the vas deferens connecting the testes with the urethra is cut and sealed to prevent the transport of sperm.
(b) Tubal ligation: the oviduct is cut and ends tied off to prevent eggs from reaching the uterus.
(c) Oral contraceptives: (birth control pills) It usually contain a combination of hormones that prevent release of FSH and LH, inhibiting development of the follicle so that no oocytes are released. Time- elease capsules (Norplant) can be implanted under the skin and offer long-term suppression of ovulation. RU-486, the so-calledmorning after pill, interferes with implantation of the blastula into the uterine wall. Its use as a contraceptive is very controversial.
(d) Barrier methods: It employ physical (condom, diaphragm) or chemical (spermacides) means to separate the sperm from the egg. Male condoms are fitted over the erect penis; female condoms are placed inside the vagina. Only latex condoms prevent the spread of STDs.
Diaphragms cap the cervix and block passage of the sperm into the uterus. Spermicidal jellies or foams kill sperm on contact and must be placed in the vagina prior to intercourse.

About 1 in 6 couples is infertile due to physical or physiological conditions preventing gamete production, implantation, or fertilization

Blocked oviducts (often from untreated STDs) are the leading cause of infertility in females. Low spermcount, low motility, or blocked ducts are common causes of male infertility. Hormone therapy can cause increased egg production. Surgery can open blocked ducts. About 40 of the cases are due to male problems, 40 due to female problems and the remaining 20% are caused by some unknown agent(s). In vitro fertilization (test-tube babies) is a widely used technique to aid infertile couples.

(A) FERTILIZATION HAS THREE FUNCTIONS

Cleavage is the first step in development of all multicelled organisms. Cleavage converts a single-celled zygote into a multicelled embryo by mitosis. Usually, the zygotic cytoplasmis divided among the newly formed cells. Frog embryos divide to produce 37,000 cells in a little over 40 hours. The blastula is produced by mitosis of the zygote, and is a ball of cells surrounding a fluid-filled cavity (the blastocoel). The decreasing size of cells increases their surface to volume ratio, allowing for more efficient oxygen exchange between cells and their environment. RNA and information carrying molecules are distributed to various parts of the blastula, and this molecular differentiation sets the stage for the layering of the body in the next phases of development.

Gastrulation involves a series of cell migrations to positions where they will form the three primary cell layers.

(a) Mesoderm:Ectoderm forms tissues associated with outer layers: skin, hair, sweat glands, epithelium. The brain and nervous system also develop from the ectoderm.
(b) Mesoder: The mesoderm forms structures associated with movement and support: body muscles, cartilage, bone, blood, and all other connective tissues. Reproductive system organs and kidneys from mesoderm.
(c) Endoderm:The endoderm forms tissues and organs associated with the digestive and respiratory systems. Many endocrine structures, such as the thyroid and parathyroid glands, are formed by the endoderm. The liver, pancreas, and gall bladder arise from endoderm.

Immediately after gastrulation, the body axis of the embryo begins to appear. Chordates have the cells that will form the nervous system fold into a neural tube (which will eventually form the spinal cord). The mesoderm forms the notochord (which will eventually form the vertebrae). The mesoderm at this time forms somites, which form segmented body parts, such as the muscles of the body wall.

Blastulation and gastrulation establish the main body axis. Organ formation occurs in the next stage of the development of the embryo. During organ formation, cell division is accomplished by migration and aggregation. Pattern formation is the result of cells “sensing” their position in the embryo relative to other cells and to form structures appropriate to that position. Gradients of informational molecules within the embryo have been suggested to provide the positional information to cells. Homeobox genes are pattern genes; they coordinate with gradients of information molecules to establish the body plan and development of organs. Induction is the process in which one cell or tissue type affects the developmental fate of another cell or tissue. As a cell begins to form certain structures, certain genes are turned on, others are turned off. Induction affects patterns of gene expression through physical contact or chemical signals. Formation of the vertebrate eye is a well known example.

Fertilization, the fusion of the sperm and egg, usually occurs in the upper third of the oviduct. Thirty minutes after ejaculation, spermare present in the oviduct, having traveled from the vagina through the uterus and into the oviduct. Sperm traverse this distance by the beating of their flagellum. Of the several hundred million sperm released in the ejaculation, only a few thousand reach the egg.

Only one spermwill fertilize the egg. One spermfuses with receptors on the surface of the secondary oocyte, triggering a series of chemical changes in the outer oocyte membrane that prevent any other sperm from entering the oocyte. The entry of the sperm initiates Meiosis II in the oocyte. Fusion of the egg and spermnuclei forms the diploid zygote.

TRAVELS OF A YOUNG ZYGOTE

Cleavage of the zygote begins while it is still in the oviduct, producing a solid ball of cells (morula). The morula enters the uterus, continuing to divide and becomes a blastocyst.

The uterine lining becomes enlarged and prepared for implantation of the embryo in the trophoblast layer. Twelve days after fertilization, the trophoblast has formed a twolayered chorion. Human chorionic gonadotropin (hCG) is secreted by the chorion, and prolongs the life of the corpus luteum until the placenta begins to secrete estrogen and progesterone. Home pregnancy tests work by detecting elevated hCG levels in the woman’s urine.

Maternal and embryonic structures interlock to form the placenta, the nourishing boundary between the mother’s and embryo’s systems. The umbilical cord extends from the placenta to the embryo, and transports food to and wastes from the embryo.