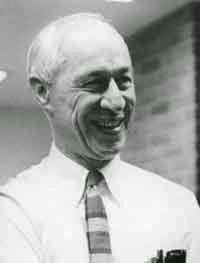 Rensis Likert is a name that transformative leadership specialists across the world are familiar with and his American organisational psychologist’s leadership model has found considerable resonance and applicability in governance and human development around the world. Likert’s four management systems are:- these are various types of leadership styles 1) Exploitative Authoritative 2) Benevolent Authoritative 3) Consultative System 4) Participative System.

System 1 management is described as ‘exploitive-authoritative’; its managers are highly autocratic, have little trust in subordinates, motivate people through fear and punishment and only occasional rewards, engage in downward communication, and limit decision making to the top.

System 2 management is called ‘benevolent-authoritative; its managers have a patronizing confidence and trust in subordinates, motivate with rewards and some fear and punishment, permit some upward communication, society some ideas and opinions from subordinates and allow some delegation of decision making but with close policy control.

System 3 management is referred to as ‘consultative’. Managers in this system have substantial but not complete confidence and trust in subordinates, usually try to make use of subordinates, usually try to make us of subordinates’ ideas and opinions, use rewards for motivation with occasional punishment and some participation, engage communication flow both down and up, make broad policy and general decisions to be made at lower levels, and act consultatively in other ways.

In general, Likert, found that those managers who applied the System 4 approach to their operations had the greatest success as leaders.

What has been completely missing in India were the last two categories, which are essentially people’s leaders - consultative and participative. Consultative is still top-down and the decision-making is still centralised, but it’s marked by a genuine effort to consult with people. The best case scenario is the participative leadership. It makes use of participatory methods, and people across various levels feel they are together and contribute to the process of decision making. This is where Arvind Kejriwal, Yogendra Yadav and their AAP scored big.

While the leaders of the traditional model of politics (exploitative authoritative and benevolent authoritative) scoffed at them in arrogance arising out of the lack of options of people, the AAP showed them how a participatory leadership can work. It’s not surprising that people absorbed the idea so easily, participated in it and supported it.

During the entire process of party formation, strategy development, selection of candidates and electioneering, Kejriwal kept referring to true participation by people, without ever jargonising it. Obviously, he and his comrades were doing it right - otherwise, the people would have rejected it. He did the same when he went back to people to seek their opinion when pressure mounted on the party to form the government, including from a mischievous BJP.

By its own admission, what the AAP is trying to do is participatory and deliberative democracy. Politicians anchored in the past for their own avarice either don’t want to pursue it or don’t understand it.

A few years ago, participative democracy would have been logistically difficult, but with the availability of new technologies, the AAP has shown India and the rest of the world that it’s eminently possible. And the secret to this process is going small and going decentralised. When people ask Kejriwal and Yadav, how they will implement it across India, they are betraying their ignorance and their inability to understand transformative forms of leadership and governance.

Decision making should happen at the local levels, not in Delhi, not even in state capitals. People will naturally participate. Mahatma Gandhi knew it decades ago. Unfortunately both his followers and opponents killed it out of ignorance and hubris. And the AAP has just begun to revive it.