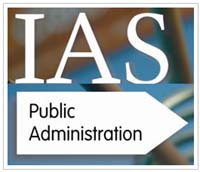 “If a person works hard towards his goal, then the whole Universe conspires to help him” – Paulo Coelho (‘The Alchemist’)

Performance of Public Administration in CSE 2010

Look at top 25 and you will find 16 candidates having Public Administration as one optional in year 2010.

The relevance of Public Administration can also be conceived in the context of three sections of newly added CSAT -Preliminary Examination:
(i) Polity and Governance (Paper-I)
(ii) Interpersonal skills including communication skills (Paper-II)
(iii) Decision Making and problem solving (Paper-II)

(ii) Law Enforcement, internal security and related issues such as the preservation of communal harmony.

(iii) Issues relating to good governance and accountability to the citizens including the maintenance of human rights, and of probity in public life. Seen in this manner no other subject has a greater relevance than Public Administration.