(Getting Started) All About UPSC Interview Panel Board and Profile 2017

The UPSC has come up with the tentative dates for the Civil Services Personality Test . Those selected must have started their preparations for the interview stage. After giving the general overview of the Personality Test, for the candidates, we now present a picture of the UPSC Board and its members, who would be chairing the IAS interview panels.

Why Should I Know about the UPSC Members?

Thus, with the aim of the welfare of the Civil Services Aspirants, IASEXAMPORTAL.COM presents a brief overview of the UPSC Board members.

Along with the general profile of the UPSC members, we are also providing the area of expertize of the members, to help you in deducing the areas to focus.

Prof. David R. Syiemlieh studied in St. Edmund’s College, Shillong, where he graduated with Honours in History (1974). He then pursued a Masters programme in History at the North- Eastern Hill University (1974-1976). In 1977 he went back to teach under-graduates in his alma mater before joining the Department of History, NEHU in 1979. He rose to become Professor of History. Concurrent with this position, he held at different times the offices of Dean Students’ Welfare, Proctor, Director, College Development Council, and Head Department of History, NEHU. He was Controller of Examinations, NEHU (2008-2010). He officiated as Registrar of the University (2010). Prof. Syiemlieh was Pro-Vice-Chancellor, North-Eastern Hill University (2010-2011).

Prof. David Syiemlieh taught courses on capitalism and imperialism, modern Indian history and the history of Christianity in North East India. He successfully guided 14 scholars through the M.Phil and 8 scholars for the Ph.D degrees and has been mentor to many more scholars. He has received a number of prestigious academic fellowships including a Senior Fulbright Fellowship to Notre Dame University, USA; a Charles Wallace Grant for research in the UK and an Indo- France Cultural Exchange grant for research in Paris.

Actively engaged in historical research he has published a number of books and papers on the history of the region. His more recent publications are On the Edge of Empire: Four British Plans for North East India, (Sage Publications, 2014) and Layers of History: Essays on the Khasi-Jaintias, Regency Publications, 2015). His research has enabled him to travel extensively in India and abroad. He has given lectures in different Universities in the US while on the Fulbright Fellowship. 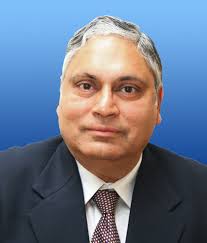 Shri Vinay Mittal, was an alumnus of Doon School, Dehradun and St. Stephen’s College, Delhi from where he did his B.A. (Hons.) – English Literature, and he also subsequently studied Law from Delhi University. A 1975 Batch Indian Railway Traffic Service (IRTS) officer, Shri Vinay Mittal, was the Chairman, Railway Board (CRB) and Ex-officio Principal Secretary to the Government of India till June 30, 2013.

As Chairman, Railway Board, Shri Mittal provided strategic leadership and direction in the running of the Indian Railway system professionally, policy formulation and planning covering all aspects of Railway working, induction and assimilation of technologies, development of Railways’ vast human resource of a work force of almost 1.4 million, positioning of key senior level functionaries and their teams to ensure accomplishment of Corporate objectives, goals and targets; as also presiding over Departmental Promotion Committees for empanelment of incumbents to HAG level officers in the Railways.

In the capacity of Chairman, Railway Board Shri Mittal was the interface with the higher bureaucracy of the Government of India, including PMO, Cabinet Secretariat and the Planning Commission. He represented the Ministry of Railways in various Inter-Ministerial Groups, Committees of Secretaries and other such high level forums. Shri Mittal also contributed significantly to the effective fulfillment of sectoral requirements of various Ministries/ Departments.

As Chairman, Railway Board, Shri Mittal also held the position of Ex-Officio Chairman of the Dedicated Freight Corridor Corporation of India Ltd (DFCCIL), which has been set up for constructing the two iconic high technology freight corridors of over 3000 kms on the Eastern and Western flanks of the country being attempted on a scale of this magnitude for the first time in India.

It was largely due to Shri Mittal’s efforts that all the PSUs, under the Ministry of Railways, except DFCCIL and IRFC, were granted full functional autonomy with redesignation of their Heads of Office as Chairman-cum-Managing Directors which facilitated substantial autonomy in these Organisations.

Shri Mittal was the recipient of the prestigious Railway Minister’s Award (MR Award) in 1981 for outstanding performance at all India level. He was awarded Certificate in Transport Management and Containerization by University of Wales, College of Cardiff, UK in 1992, and was also conferred Best Project Award by Department of Maritime Studies and International Transport.

Shri Arvind Saxena studied Civil Engineering at the Delhi College of Engineering and did his M.Tech. in Systems & Management from the Indian Institute of Technology, New Delhi in 1978. Selected for the Civil Services, he joined the Indian Postal Service in 1978.

He worked as Divisional Head of Postal Services at Bharatpur and Kota, covering the districts of Bharatpur, Dhoulpur, Kota, Jhalawar and Baran in Rajasthan. He was brought to Delhi in 1982 to take over as Officer on Special Duty, in-charge of arrangements for postal services for the IX Asian Games and the 7th Non-Aligned Summit Meet.

He joined the Research & Analysis Wing of the Cabinet Secretariat in 1988 and specialised in study of strategic developments in neighbouring countries. Served in five countries and Jammu & Kashmir, he travelled extensively, attaining domain specialisation in developments relating to China, Pakistan and other regional countries as well as economic, military, international terrorism and S&T issues. .

Professor (Dr.) Pradeep Kumar Joshi served as Chairman, Chhattisgarh Public Service Commission and also Chairman, Madhya Pradesh Public Service Commission. Prof. Joshi did his Post Graduate Degree in Commerce in 1977 and Ph.D. Degree in Commerce in 1981 from Kanpur University, Kanpur. Professor Joshi has been in the field of education for more than 28 years.

In the year 2009, Shri Bassi was appointed as DGP, Goa, where he served till 2011. During this period he took a number of steps to improve functioning of police. This included setting up of a modern Police Control Room and revamping of the Commando unit of Goa Police.

On his return from Goa to Delhi, On July 31, 2013, Shri Bassi was appointed as the Commissioner of Police, Delhi. He headed Delhi Police for over two-and-a-half years, till February 2016, giving a much-needed stability to the 85,000-strong force. Shri Bassi had taken over the reins of the force at a time when it had faced bitter criticism on the issue of providing security to Delhi residents, especially women. His major challenges included bringing down cases of sexual violence against women and children, fighting terror and curbing street crimes. Shri Bassi was considered as an innovative police officer who took a number of steps to enhance use of digital technology in policing. In particular, e-FIR for lodging auto thefts and other thefts, stand out in this regard.

Shri Bassi is the recipient of President’s Police medals for Meritorious Service (1996) and Distinguished Service (2002).

He has rich and varied experience in Command and Staff appointments during the 39 years of service in the IAF.

Ms. Sujata Mehta, IFS 1980, was born on 30.03.1957. She has done Master of Philosophy in Political Science. She served in Indian Missions in Mascow, Dhaka and at United Nations in New York.

She also served on deputation to the United Nations in Gaza and New York. She served as Ambassador to Spain and as Ambassador and Permanent Representative to the Conference on Disarmament in Geneva before returning to Headquarters in July, 2013 as Additional Secretary and later Special Secretary.

She was appointed Secretary(ER) in Ministry of External Affairs in February, 2014 and has taken charge as Secretary(West) in the Ministry on January 11, 2016.

You may also contact us for further support and assistance.

We wish the candidates All the Best!!

Contribute Back to UPSC PORTAL Community